Eliminating unnecessary features in design will give the largest savings in a project.

If your client wants costs cut, look for the most costly features (in design cost and construction cost) that could be eliminated without significantly reducing the final required result of the project.

For example, a client wanted a set of equipment protected from potential flood levels by constructing it on the flat roof of an existing building. However, the rest of the existing plant was below that level so in the case of a flood would be out of operation anyway. To construct on the roof of the building would have taken significant extra structural support costing more than the equipment being installed. It was decided to install the equipment at ground level instead of raising it above the potential (rare) flood level, and installing a simple bypass system for use in case it failed. This saved more than double the price of replacing the equipment in the unlikely event of it being flooded.

Of course this may not be possible with features that are critical to operation, but if they are not critical, eliminating these features at the design stage (early in the project) can save a lot of money. 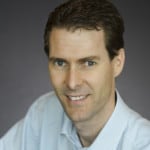 Hi, My Project Management Lessons is a collection of the lessons I have learned or key issues I have noted in my time working in project management. Read more ...